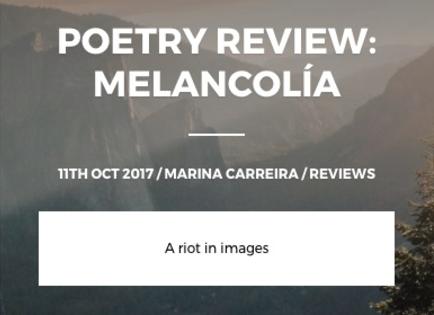 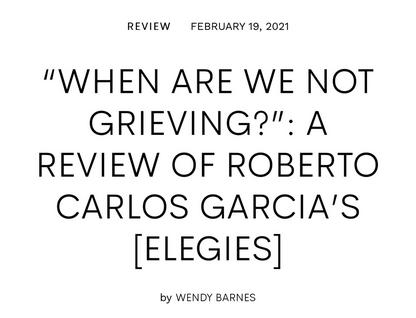 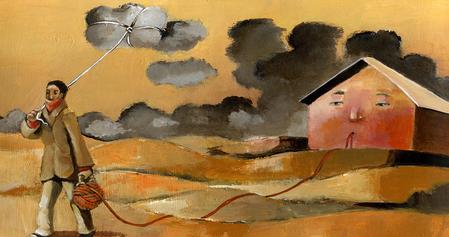 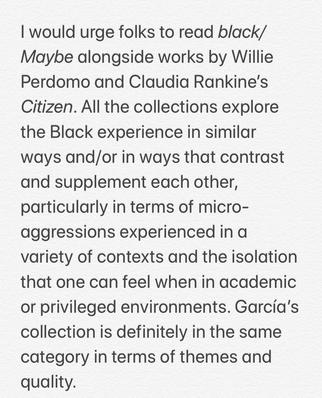 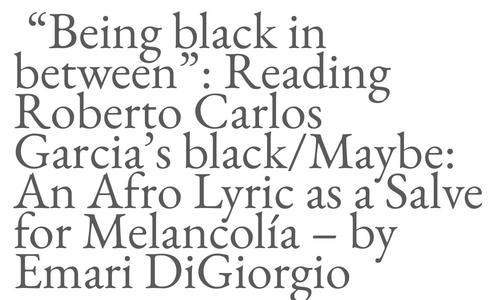 "This collection of poetry is not overtly political and that is where its radical power lies.  Garcia manages to paint a portrait of a man, who is in a way an “everyman”- father, husband, son, dreamer, mower of his lawn - a man longing for the “want” and stuck in the “should.”

"If melancolía is a mystery in Garcia’s first collection, black/Maybe is a poetic exploration of identity, self, and history, which in the spirit of Aimé Césaire’s Negritude “[takes] charge of one’s destiny as a black man, of one’s history and culture.” This collection is framed by two lyric prose pieces: “Home [An Irrevocable Condition]” and “black Maybe.” In the latter, Garcia asserts, “America thrusts black or white upon you quickly, you have to decide, you have to know who and what you are.” This question of identity, of self is richly investigated through polyphonic lyrics, a chorus of elders and black and brown scholars, an honest examination of family and Dominican history, and vulnerable personal narratives."

"At the same time, while echoing James Baldwin, Amiri Baraka, and Ismael Rivera, among others, Garcia places his story within the larger, deeper context of U.S. history and European colonization. The result is a book that successfully blends the personal with the political against a broader historical backdrop."

"Contemporary poets like Danez Smith, Claudia Rankine, Nicole Homer, Patricia Smith, and a bevy of other brilliant minds have written (and continue to write) poetry about the neo-American subjugation and murder of brown and black bodies. How simply living is a political act, an act of rebellion. Roberto Carlos Garcia has added to the conversation, but in a new mode." 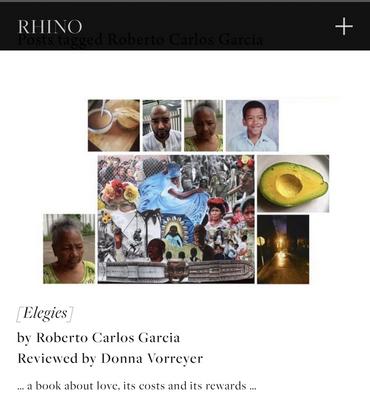 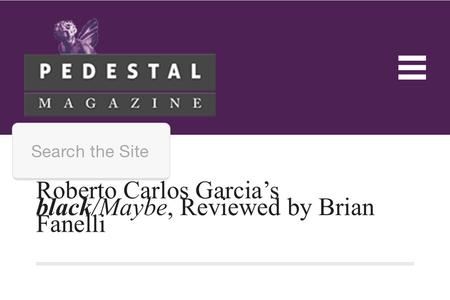 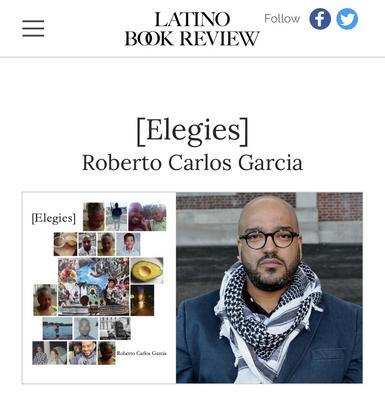 "What is it to mourn your beloveds in a national atmosphere ever thickening with new griefs, one in which you must continuously grieve the state-sanctioned oppression and murder of fellow BIPOC? What can be the consolations, what can lighten the burden, of a particular sense of inherited loss, its centuries of weight bearing down through the generations on each individual? The poems in Roberto Carlos Garcia’s third book, [Elegies], invite these questions."

"Family history as mythology and elegy as ode collide in this wondrous collection, [Elegies], by Roberto Carlos Garcia. Keenly aware of the traditions in which he weaves his personal family narratives into poetry, Garcia engages deeply with the work of other BIPOC poets. This influence is clear in the thoughtful centos—“mixtapes”—that punctuate the text, fluidly blending lines by poets such as Aracelis Girmay, Willie Perdomo, and Ross Gay. This is the book of a poet who writes in and for community."

"There are many epigraphs in black/Maybe, from authors and leaders like Aimé Césaire, Amiri Baraka, and James Baldwin that, essentially, create a DJ sampling of the context of García’s world, demonstrating to the reader that a Black Latino’s experience in the U.S. is parallel to anyone who is Black in the U.S."

"Garcia’s latest collection begins with a cento form of his own invention called a mixtape, which uses the words of other poets and writers, lyrics from songs, as well as a required number of original lines from the author. In this way, the writer inserts his own voice into the landscape of voices that has helped shape him. A mixtape was usually made for a friend or beloved as a way to connect. This collection functions in much the same way, melding family narrative, societal interrogation, and cultural influence into its own mixtape of memory and elegy, giving us a portrait not just of loss but also of hope." 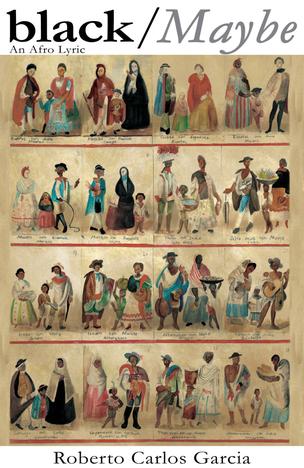